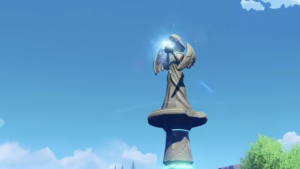 In recent years the games for our smartphones have only increased and the anime and manga universe has certainly not stood still and watched, on the contrary. The anime games are now depopulated on millions of phones around the world and show no sign of stopping their race to earn. Let’s see together what is meant when we hear about “gatcha” and if we find some examples ready to pique your interest!

Since smartphones have become affordable for everyone, mobile games have not only become an interesting market movement to watch, but have exploded to become one of the leading sectors of gaming in general.
Alongside the so-called “casual” games such as a Home escape, a Farmville or a Candy crush, mobile games inspired by anime have also begun to emerge over time.
That said, we’re about to talk about slightly smaller, but still mind-boggling numbers.

As anticipated, alongside these casual games, the phenomenon of gatcha exploded, trying to unite fans of video games and anime and let’s say that, given the success, they definitely made it.

Dragonball Z Dokkan Battle
It is absolutely one of the most famous gatchas on the market. Dragonball Z Dokkan Battle is also one of the most popular gatchas among gamers thanks to its excellent balance between getting “rare pieces” without having to spend real money. His particular gameplay that is divided between game of the goose and puzzle makes him out of the canons of his colleagues and manages to combine fast games and fun.

Completely free to play friendly game, if you are a Dragonball fan you should definitely try it.

One piece Treasure Cruise
Another 90 piece in the world of anime, another 90 piece in the world of mobile gaming. One Piece Treasure Cruise, thanks to its care in animations and its numerous (perhaps too many) events continues to involve thousands of players. Much less generous in terms of rare characters and upgrades than Dokkan and will require a lot more effort. Recommended only for those who can’t really do without One Piece even when not at home, but as far as the gatcha itself is concerned, it gets better.

Naruto x Boruto Ninja Voltage
Born from the ashes of what was once Naruto Ninja Blazing, Voltage moves into much more action-packed gameplay. It’s an arena fighting game that has little to do with its much more strategic turn-based relative.

I have to say that I personally find it a shame: as a longtime Blazing player I found this Ninja Voltage chaotic, confusing and much less friendly to those who don’t want to spend money to play I’d much rather spend my time solving puzzle games and bust my head trying to find Answers of Word Crossy at WordCrossyAnswer.org, than play a chaotic and un-intuitive game.